How to Save Chlorine Gas Money and Protect Your Operators

I wanted to share a good idea that can help save money on chlorine gas while protecting your personnel.

Brian Gunn, of Coastal Chlorinators in Savannah, GA has a customer who prefers dual channel chlorine gas detectors in his remote well sites instead of the typical single sensor gas detector.

The customer places one sensor inside the well house to protect personnel, and the other sensor outside at the vent, so it will alarm if the chlorinator malfunctions. With the detector's alarm relay connected to a phone dialer, officials can be notified immediately instead of being surprised during an onsite visit after a month of wasting gas.

Of course, the environment is also protected from a prolonged chlorine gas leak.

If you have any other "cool tricks" please feel free to share them. When it comes to water and the environment, a good idea can benefit everyone. 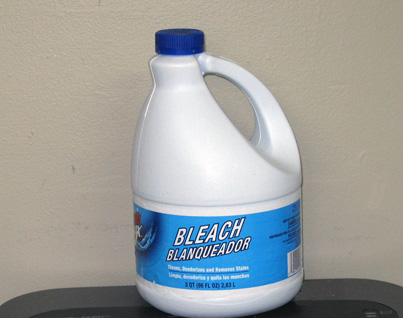 "If there's a hole in a sodium hypochlorite truck, the liquid spills on the ground and there's no big toxic cloud. It's what they call an inherently safe technology."

I read this in an article recently published by The Times-Picayune about the New Orleans Sewerage and Water Board’s plan to switch from using chlorine gas to sodium hypochlorite as its primary disinfectant. The goal is to reduce the risk of a catastrophic chlorine gas leak in neighborhoods surrounding the plant due to either railroad tankcar accidents or terrorist acts.

But statements like this about sodium hypochlorite, commonly referred to as bleach, just make me cringe.

I feel uneasy because customers have told me that bleach is safe. I’ve read proclamations that the risk of a chlorine gas leak has been eliminated by switching from chlorine gas to bleach.

Bleach contains chlorine, treat it with the respect you give chlorine gas

This isn’t about bashing sodium hypochlorite; we need it to keep our water safe to drink. The point is it contains chlorine and needs to be treated with the respect it deserves; the same respect which is given to elemental chlorine gas.

The statistics don’t lie; you still need a gas detector

Given the number of reported incidents of chlorine gas exposure caused by accidentally mixing sodium hypochlorite and acid, we always recommend that a bleach storage area should include a chlorine gas leak detector. It not only helps protect personnel and equipment, it can also help demonstrate that everything possible was done to limit the consequences of an accident.

There are numerous other hazards that users need to consider for safe operation. The Chlorine Institute has a wealth of knowledge regarding chlorine and sodium hypochlorite, including free brochures available for download. If you use bleach, we urge you to check it out here.

A switch from chlorine gas to bleach can reduce the magnitude of a chlorine gas leak. At the same time it switches the type of risks, which requires care to ensure the liquid is used as safely as possible.

I look forward to hearing your view on the subject.