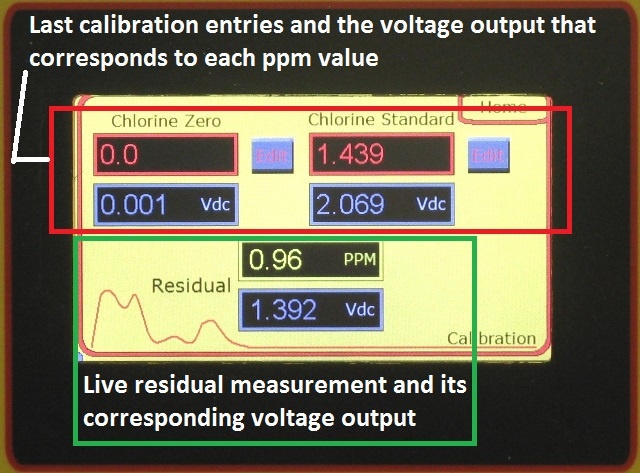 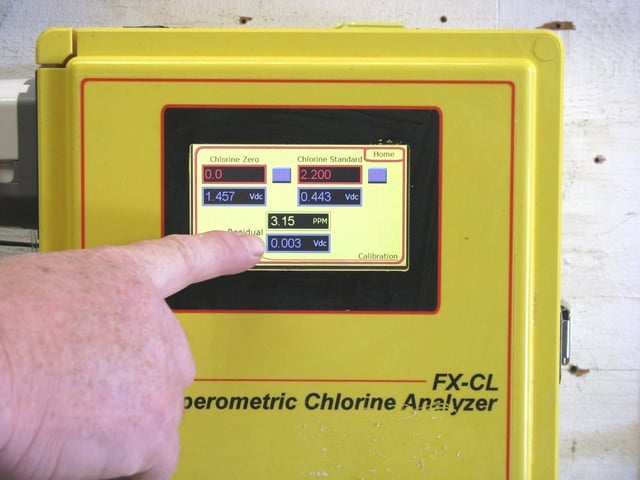 How Often Should I Calibrate The FX-CL Chlorine Analyzer?

This is a commonly asked question, as is “when do I need to recalibrate my analyzer?”

The FX-CL series amperometric chlorine residual analyzer is designed to operate continuously, 24 hours a day, 365 days a year. The system requires little routine maintenance other than changing the vinegar buffering agent bottle as it becomes depleted and occasional calibration checks.

As part of a standard quality control procedure, we recommend the analyzer readings be verified using an accurate chlorine residual test instrument once every 7 days. In many applications, using a portable DPD colorimetric residual analyzer for routine calibration checks is sufficient to meet reporting requirements. For the utmost precision or in critical applications we recommend comparison with an amperometric titrator.

Calibration is typically done on an as needed basis, or at the minimum frequency specified by regulatory requirements. Barring any changes to the process or analyzer, the analyzer should be calibrated at least once per year.

You Need to Calibrate When:

If any of the following situations occur you should first verify residual measurements, make any required corrective measures, and recalibrate the analyzer.

You cannot simply enter calibration values with the analyzer running dry, with values that you expect to see, or with values from previous calibrations.

Calibration is always performed using water from your process.

When calibrating the zero point you must use dechlorinated process water, not distilled or deionized water.

Allow the measuring cell time to stabilize after switching water sources during calibration.

The standard, or span calibration value should be determined at about half of the analyzer's operating range.

Allow the measuring cell to stabilize to the process for 2-24 hours upon initial startup, after returning an offline analyzer to service, or after replacing the negative cell.

Tech Tip: What Flow Rate Does My Chlorine Analyzer Need? 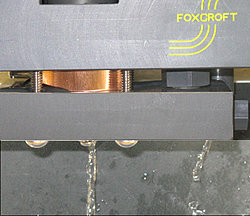 In an effort to conserve water more of our customers are asking about reducing the sample flow rate into their amperometric chlorine residual analyzers.

Discussions with customers sometimes reveal that the sample flow is turned down so far that the water is draining from the sample cell in drops or a trickle.

There are two major problems this causes:

1. The gold positive electrode can be damaged. Water flowing through the sample cell cools the electrode. Without sufficient flow the electrode overheats, deforms, and stops functioning properly.

2. You will get unreliable readings with any amperometric chlorine residual analyzer if a minimum consistent flow isn't maintained because chlorine is consumed at the electrode and must be replaced.

Also bear in mind that to measure the same residual as your process it's important to send the sample to the analyzer as quickly as possible, especially when using the analyzer to control chlorine feed.

To see how the recommended flow from the (left) measuring cell drain should look please check out the video below. A blue "PA Rural Water" pen is placed next to the drain for size reference.

If you must minimize water usage we recommend using the FX-1000P-RM flow rotometer. With this unit you bypass the overflow weir and feed the sample into the measuring cell. By using the FX-1000P-RM's pressure and flow control, flow into the analyzer can be reduced to 2-1/2 to 3 GPH (157 to 189 ml/min).

Flow consistency is just as important as flow rate. Amperometric chlorine analyzers are flow sensitive. If you reduce the flow to your analyzer and make no other changes to your system the residual will decrease as well.

So if you decide to reduce the flow to your analyzer, don't set it below the minimum recommended flow rate and don't forget to recalibrate!